With the coming of the software revolution, Networking plays a significant role in everybody’s life, be it a professional, personal or corporate sector. When we talk about technologies and advancement, there is a big medium that has engaged the youth and the children. It is popular as LAN gaming. This game helps the people to create network and play a game by connecting t each other through a computer or mobile networking sources.

To understand the technical operation through games, students of Arya College of engineering and IT had participated in the counter Strike LAN Gaming in Thar’18 organized at Rajasthan technical University Kota between 9th to 11th March 2018. There were 15 teams from different colleges in total and each team comprised of 5 members/participants. Vedraj Sharma, Akshat Mehla, Prashant Mathur, Prateek Verma and Vishnu Khandelwal form Second year of computer Science Department of Arya College of Engineering and IT had won the position of 2nd Runner up in the competition. 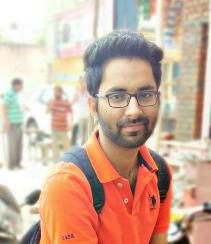 The main event was the LAN gaming and they played Counter Strike by connecting two computers or teams with each other through LAN networking Systems. It was the Online Shooting game. Other than the toss winner’s teams, all the participants had to choose Counter-Terrorist or Terrorist. These are the two forces featured in counter strike series. Every team played a competitive match with random teams and top two teams were selected in the final round for prizes. In the game, competitive matchmaking rules were followed and in the case of draw, the team that has killed maximum number of terrorist won the competition. Competitors mainly have to choose offense and defense before the game started.

n the future references also, LAN Gaming is considered to be a tremendous fun as it includes different levels of extreme competition. Teams could destroy their opponents by applying different tricks, techniques or strategies. In this, there were other games too including CSGO, NFS MW, and COD IV for making the networking game interesting.