Communication skills are no longer an added bonus; they’re a necessity. When a student reaches a platform after his/her engineering, they need to communicate to people in the market to create and maintain the balance for the smooth running of their business. Communication plays a significant role in today’s advanced generation. Read Also: ACEIT achieved Third position in Crazy Stick (Thar’18)

With this thought, a Competition of Stump orator has been organized by Rajasthan Technical University in Three-Days National Level Technical Competition (Thar’18). Avinash Purohit and Chavi Khandelwal from MBA and Computer Science Final year of Arya College of Engineering and IT had participated and Won First and Second position in the competition. Also, Avinash received Best Speaker of the year award. The event was the complete package for the person who loves speaking art, as it was entirely based on communication skills analysis. 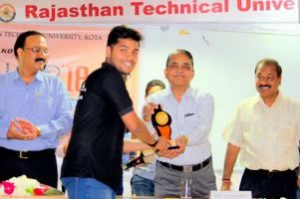 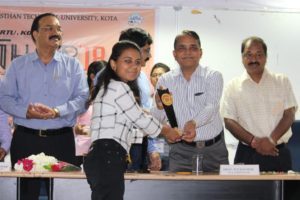 The Competition was dived into several rounds that are as follows: Read Also: First and Second Runner-up in Reel Run Down (Thar’18) Q1. Who is performing better? India or Indians Q2. Do you think Women are more complex than Men? Home Page