Every great dream begins with a dreamer. Always remember, you have within you the strength, the patience, and the passion to reach for the stars to change the world. This passion is followed by the passed-out student of Electronics and Communication Department of Arya College of Engineering and IT. After completing his graduation from the college, Aman Jha worked with various companies & joined Kyazoonga as Manager-Business Operations in April’17. Kyazoonga has its operations in India, Australia, Ireland, United Arab Emirates & United States of America.

Recently Aman along with his team have worked in Indian Super League-Season 4 & handled ticketing operations of JameshdpurFC. It was the debut season of Jamshedpur FC. Around 1,83,842spectators enjoyed the home matches of Jamshedpur FC in JRD Tata Sports complex. The entire operation was handled under the guidance of Kyazoonga founder Neetu Bhatia and Arpita Majumdar.

Ticket distribution Technology – Aman shared his overall working experience in the sports club at Arya College. He says that the tickets distributed these days are not normal as they were before. The technology has become advanced and the entire system in Sports has been changed with time. When the audience enters the Stadium with their tickets, the operations team can trace the number of audience entering from a specific checkpoint and the number of people present at the stadium. 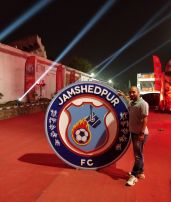 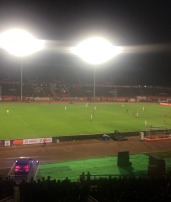 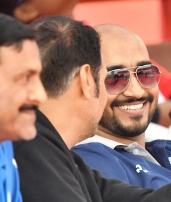 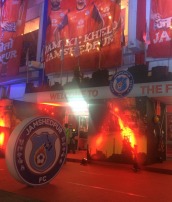 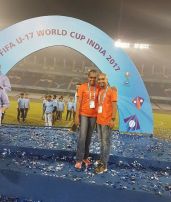 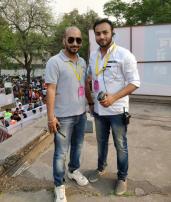 Cricket is more popular than Football – According to Aman, cricket is more popular in India however gradually football is also getting popularity & so ticketing operation of a cricket tournament is more critical because of added cricket fan pressure. Arya College Congratulates Aman and his team for the completion of their successful event. We hope that they will work on such platforms in the future too.