Popsicle Stick Bridge Competition has become significant and interesting for the students participated in Thar 2018 Organized by Rajasthan Technical University Kota. It has helped participants to learn technical skills, teamwork, concentration, and focus. The main aim of the event was to form well-structured and well-sustained bridges by making use of hard ice-cream sticks and glues. In the competition, students had to play with the stick in different manner and style and make houses, towers or bridges. The bridge was the structure that was built to spam physical obstacles without closing the way underneath such as the body of water, valley, and road for the purpose of providing passage over the obstacles. There were different kinds of designs that served the particular purpose and were applied to various different situations.

As a participant in Popsicle Stick Bridge Competition, students could work in a team of three members on the design and construction of a model bridge. So, from Arya College of Engineering and IT, two teams had participated. One was Asynchronous by the students of Mechanical Engineering including Shubham Singhal, Harshwardhan Singh Bhati, and Rahul Rastogi and the other team participants were Nikhil Karnani, Rajeev Singh Rajpoot, and Manjeet Singh and named their team as Amorphous. 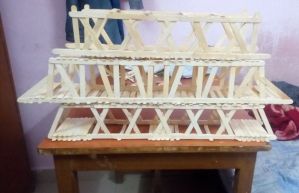 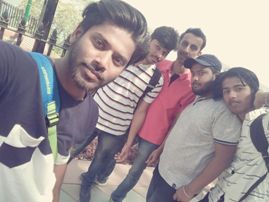 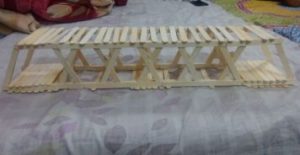 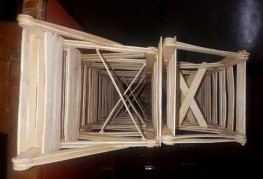 Both the team from Arya College had achieved the Third position in the competition, as their bridge dimension was 70 cm in Length, 11cm in Width and height. They made the bridge from common wooden craft sticks and all-purpose white school glue. Their main objective was to build the strongest bridge that could hold the largest applied load before failure.

[video width="100" height="350" mp4="http://www.aryacollege.in/wp-content/uploads/2018/04/WhatsApp-Video-2018-04-20-at-2.17.49-PM.mp4"][/video]
In this competition, students had investigated which type of bridge has the greatest weight-bearing capacity and named them accordingly. For the judgment purpose, measurement weight samples were taken of each team. Students of Arya College had achieved the sample of 68 kg weight. There were 150 teams in total. Before the final competition, there was a screening test for the participants in which 5they have to submit their rough designs, on the basis of that, final teams that could compete were selected. Home Page