The 70th Independence Day was celebrated with great zeal in the campus. The event commenced with the flag hoisting ceremony by the chairman, Arya Group & his wife Dr. Aparna Agarwal accompanied by senior professors. He motivated the students with his valuable views on the occasion. This was followed by a cultural program organised by the students which included songs, dance, poetic recital and speeches. The beautiful songs filled the atmosphere with patriotic fervor. 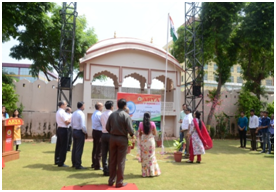 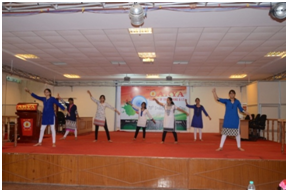 Azaadi- 70 Celebrations In Arya Campus On The Theme- Yaad Karo Qurbani   The college celebrated the spirit of patriotism by actively being a part of the Government Initiative Azaadi 70 on the theme Yaad Karo Qurbaani. Various programs like essay writing, debate, poster making, quiz & speech competitions were organized from 9th to 23rd August, 2016. Students actively participated in this event with patriotic fervor. Home Page